Smart factory? Not without a digital twin 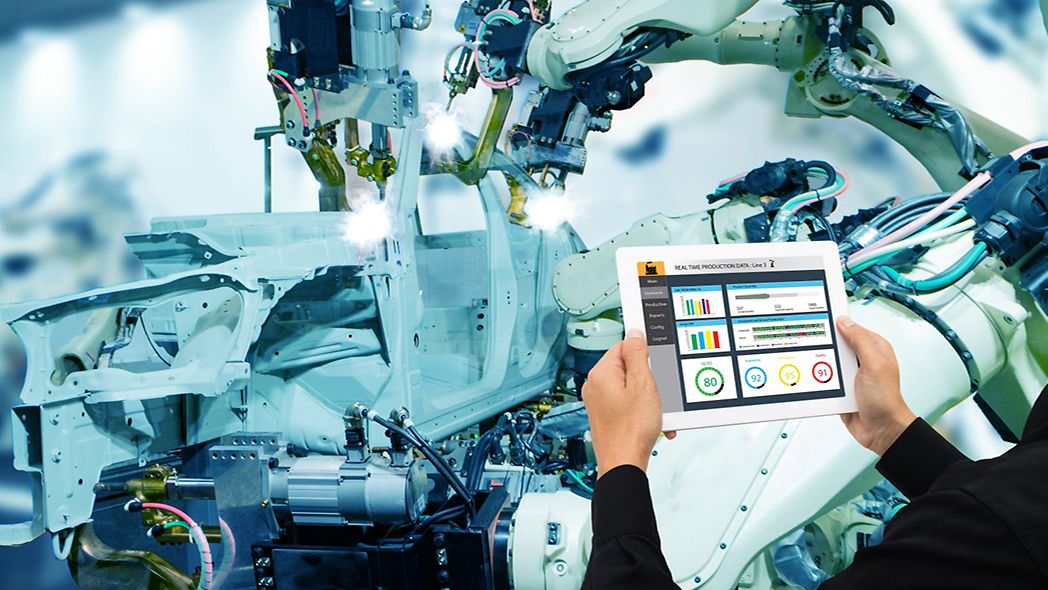 Digital twins for machines and production equipment are an important part of the Industrial Internet of Things, or Industry 4.0 for short. Digital Twins use IoT data to optimize both production and products.

When the premier of the German state of North Rhine-Westphalia, Armin Laschet, received the first e.Go in May 2019, four years of development work had already been put into the Aachen-based e-car manufacturer. But it’s not only the 3.35-meter-long electric car’s affordable price tag that’s convincing: e.Go Mobile AG is also one of the first companies to produce an electric car in a smart factory. It relies on a so-called digital twin, which allows the simulation of a machine or product operating in the real-world. With the digital twin, data can be collected and evaluated showing how the original would behave in certain situations. The effect? During the development phase, the engineers at e.Go Mobile were able to decide more quickly and intelligently what the next steps should look like. In addition, the digital twin at e.Go reduces production downtime and increases product quality. Even after a vehicle has been sold, data still flows back into the digital twin.

Two Thirds of Companies Plan to Use Digital Twins

The digital image of a smart factory is an example of how more and more digital twins are finding their way into companies. According to a Gartner survey on IoT usage in mid-2018, only about 13 percent of the nearly 600 companies surveyed had deployed virtual images in production. But another 62 percent said they wanted to introduce digital twins within a year. The analysts therefore assume that by 2021 half of all industrial companies will already be using a digital twin.

What do companies expect from these virtual images? Interest is primarily being driven by the Industrial Internet of Things (IIoT), which is also known as Industry 4.0. The Internet of Things allows the digital twins to mirror the complete development, production and operating cycle of a product or system. Users equip their products with IoT sensors in order to reduce downtime and repair costs on the basis of current machine data, or to individually design their products.

Permanently networking a physical object with its twin means both develop identically at all times. So once created, a digital twin accompanies a product through its entire lifecycle. IoT sensors record operating data in real-time and send it to the cloud. There all information is collected on a digital platform so machine learning and AI algorithms can evaluate the data. This has two main advantages: A product can be optimized during operation and maintenance can be scheduled precisely. And the data helps manufacturers improve the next generation of their products.

An Exact Image of the Real Factory

As is already the case today with e.Go Mobile, companies will be able to map entire factories with a digital twin in the future. This digital twin will depict machinery, other means of production, buildings, utilities and whole processes in data models. These will then be virtually redesigned as required. In the smart factory, everything revolves around real-time operation and optimization. To do this, the virtual factories and production systems must be an exact replica of the real factory – and not just the geometry and kinematics like a 3D model does.

A Digital Twin Can Even Optimize Itself

All physical objects – tools, machines, each part and product to be produced, but also factory buildings, robots and autonomous transport units – are represented by digital images in a smart factory. The logical behavior and control of the manufacturing units are also part of a digital twin. The individual components of a virtual factory communicate with each other just as they do in the real environment of a smart factory. This ensures the digital twin can organize and optimize itself independently.

„Regardless if it’s a machinery, shoe or bicycle maker: A digital twin is worthwhile for all kinds of manufacturers. They don’t leave things to chance during the product development phase, for example, when it comes to research and development.“

It’s like having a copy of one of the world’s largest Tetra Pak warehouses in Singapore – only one is real and the other is its digital twin. DHL has been simulating the warehouse since June 2019 using a combination of IoT and data analysis to monitor all processes in the smart warehouse in real-time – around the clock. The DHL warehouse enables Tetra Pak to reduce bottlenecks, conserve resources and distribute the workload better. 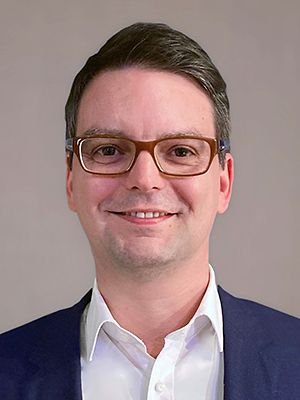 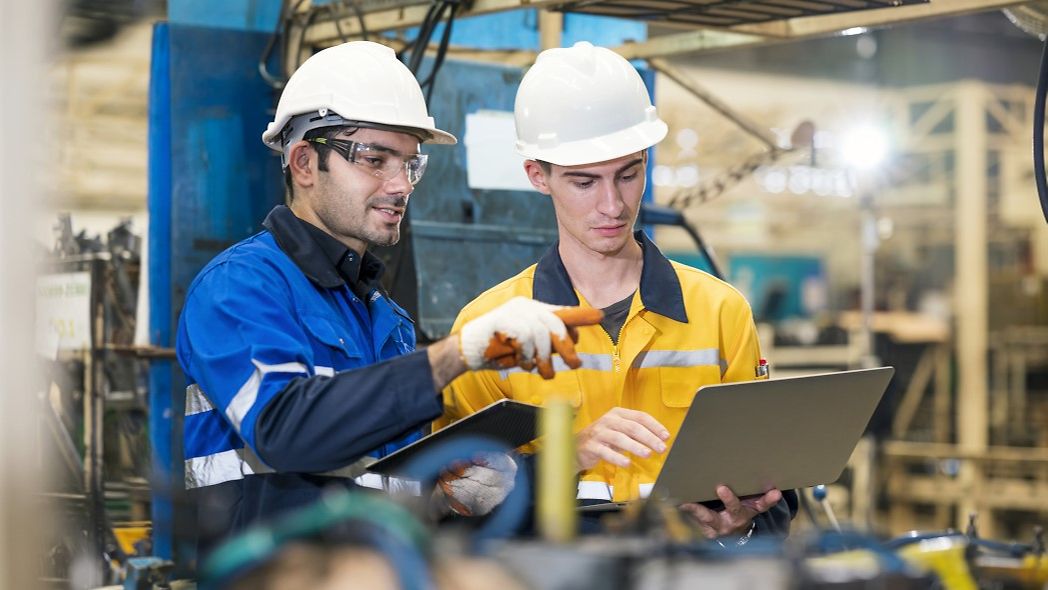 The Right SIM Card for Every IoT Project
On a construction site, in the production shop and in transportation and logistics SIM cards are a key component of connectivity. That is why, subject to the application area, an IoT SIM must fulfill special M2M requirements.
Read article 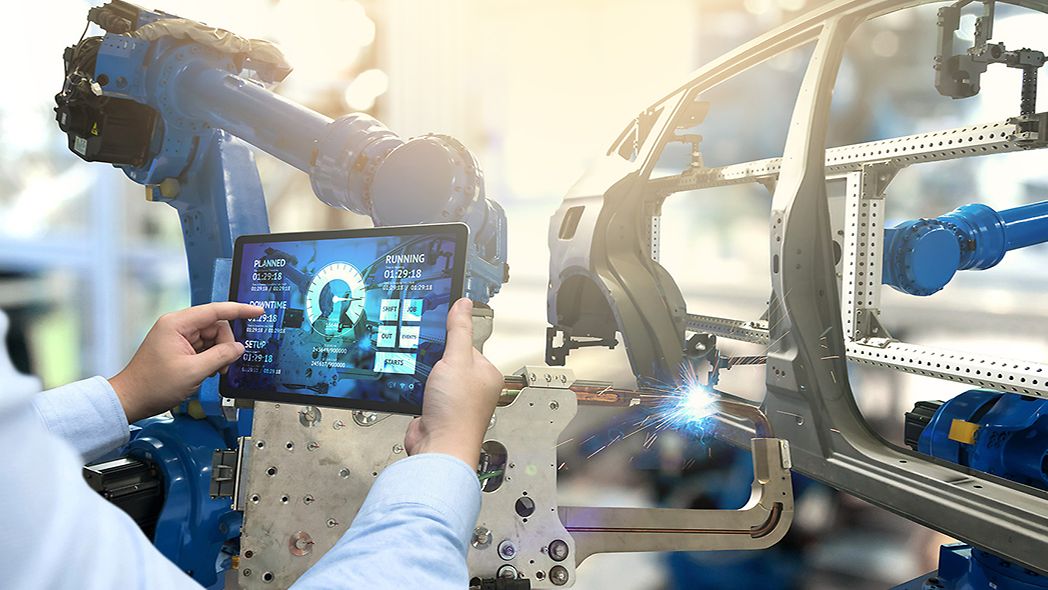 Smartify the Industry 4.0 Way
As smart manufacturing gains momentum, data-driven business models based on the Internet of Things are adding smart services to complement products – and improve the customer experience. Heidelberger Druckmaschinen AG shows how to go about it.
Read article 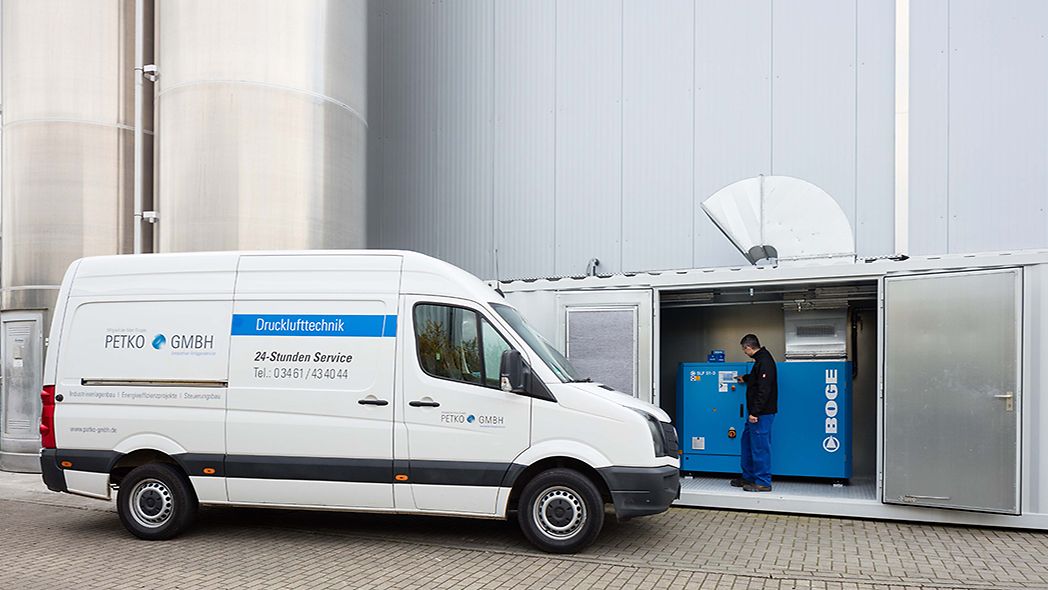 Boosting industrial productivity via remote maintenance
Petko GmbH, a German manufacturer of compressed air systems, uses the Internet of Things to provide remote servicing and predictive maintenance. The digitalization has advantages for both the company and its customers.
Read article